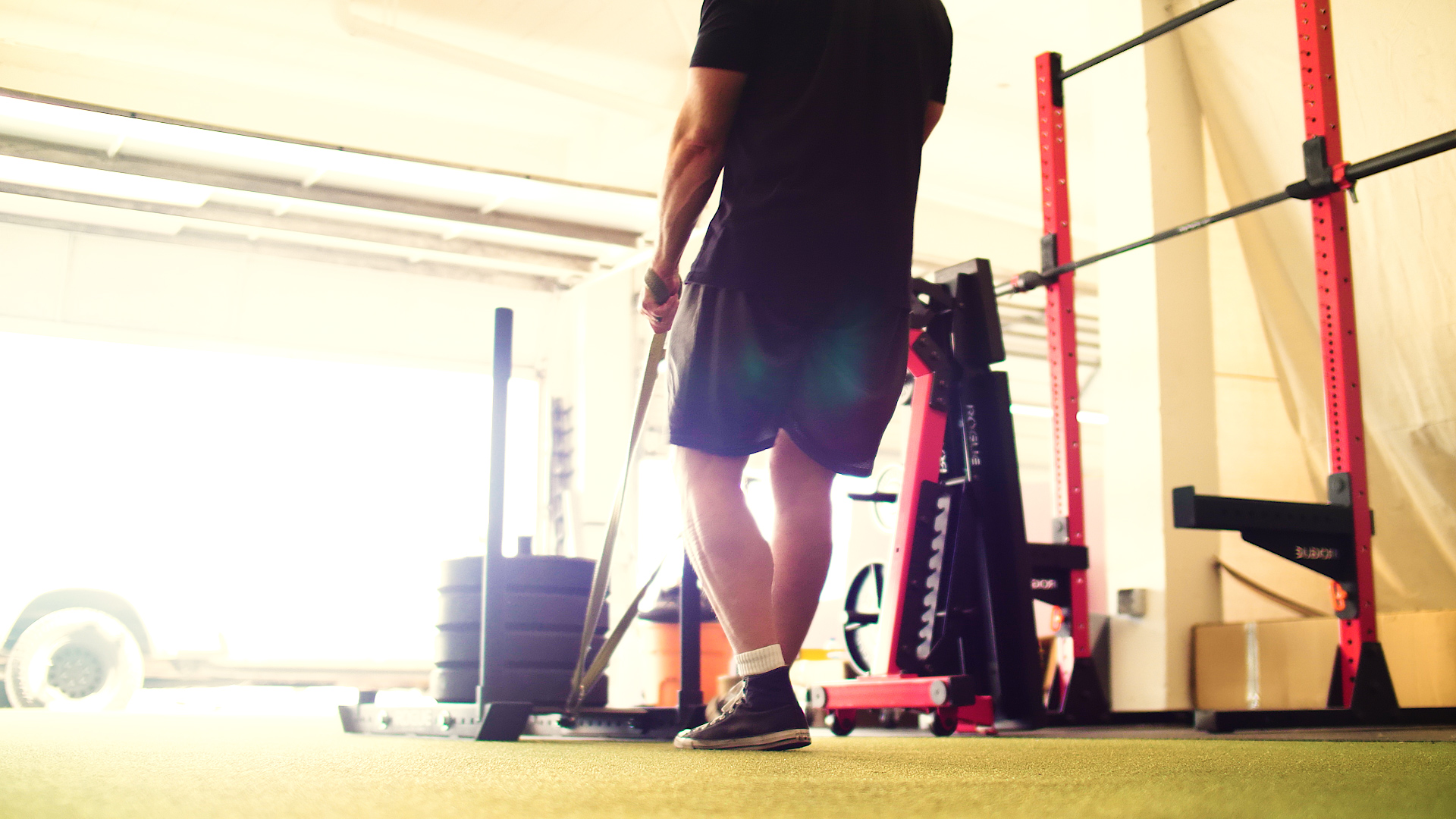 Back in July, a few months into the unrelenting heat of this year’s Texas summer, I realized that I wanted to begin doing live-streaming for sports, but the question was: which one? One sport I really enjoy is powerlifting, so I figured I’d see about Hyde Park Gym’s annual Push/Pull event. I couldn’t find out when that was happening next. But the very next day, I saw an announcement from my former powerlifting coach, Stephen Moore, that his new gym, Iron Guild Gym, was hosting a Strongman competition, so I reached out.

Stephen had never produced a strongman competition, but had strong ideas about it, and knew he wanted it live-streamed for people who couldn’t make it, and for the competitors to be able to see afterwards. We moved forward with the collaboration. The planning team was really three people: Stephen, Kathryn Alexander, and myself. While Stephen and Kathryn took care of the competition logistics, i.e., trophies, judges, emcee, facilities and sponsors, I worked on the live-stream production. I had pretty big ambitions for the broadcast, but since it was a first for all of use, we ran out of time to do everything we wanted, but still had an AMAZING first event and livestream thereof.

I had wanted to create a sponsorship spots for Iron Guild Gym, Kathryn Alexander Training, and Tonehaus. These would be run between events, and used for future sponsors to see what they could get, but unfortunately only one of the spots got filmed, and none of them made it through post in time. What did happen, in addition to an excellent live-stream, is that I learned A LOT. And that was actually one of my main goals with this collaboration.

Our next event will absolutely build on top of all we learned from this effort. For instance, I wanted to show the competitors’ names on the screen, but as a one man band (me doing everything myself), it was impossible. In the first event, the log press, 40 competitors went one after another, sometimes mixing classes, often without being announced. The solution is to have a knowledgeable person sit at the video booth to keep track of the competitors, scores, and feed the information to the TriCaster machine.

Another learning moment was the scoreboard. I created a scoreboard for the competition that can be easily updated live and remotely, but it turns out the event required 9 scoreboards (!) – one for each class.

So here are some of the technical accomplishments from the production:

We had also prepared a “Competitor’s Corner” setup – so that a personality could (untethered from any gear) interview athletes during the breaks using an iPhone/Android phone with a selfie stick equipped with a mini shotgun microphone & wifi connection. The video was framed with a border & sponsorship logo. Unfortunately, we never did any of the interviews, but it was ready to go.

Some things on the wishlist for the next event: