Use plenty of light.

Lighting makes a huge difference in the quality of a finished professional video, so make it one of your top priorities during filming. Natural light is the best, the sun is one of the best sources of light for video. So if you have a big window or source of natural light, try to use that to your advantage.

Since you will be filming indoors, you will need to be more intentional about the types of lights you use and where you place them. One thing to avoid is overhead lighting – it can cast unflattering shadows on your faces. Windows are a good natural light source. You can also use a large lamp or two to cast the type of light you want.

Before you set up your light sources, consider the effect you want to create in your finished video. Do you want your subject’s face entirely lit up (“soft” or “flat” light), or do you want some shadows (“hard” light)? (HINT: we are going for SOFT/FLAT)

Since the light we want to use in our videos is soft light, also called flat light, we should balance two light sources on either side of the camera. You can place them either behind the camera or just in front of it. The idea is to illuminate your face and avoid shadows.

One thing to keep in mind is the color temperature. We want it to be uniform. Incandescent lights are warm, around 3200 K (Kelvin), sometimes more. These are yellow. The light from an overcast sky is more like 5600K, which is blue. If you are using natural light from windows, make sure your lighting matches that color temperature as much as possible, so use bulbs that are marked DAY or DAYLIGHT (they look blue, not yellow) to provide the fill light on the opposite side of your window.

TIP: avoid backlighting. There is a backlight in the diagram below, but it is usually a small light that is focussed on hair to help create definition. Standing in front of lights or a window is not going to work without some advanced equipment and technique, and then it will be a really blown out look, that we’re not going for here.

Keep the Background Simple and Clean

Be deliberate about the background you use for filming. Nothing looks less professional than a messy or distracting background. If you are shooting in front of a wall, keep your distance from it to avoid casting shadows. The key is to minimize elements that will make the scene look cluttered and take attention away from your subject.

If you just have lots of stuff, try to neaten it up as much as possible to lessen the distraction.

We’re all creative and realize that good cinematography involves more than just aiming your camera at your scene or subject. It involves arranging and allowing visual elements to tell your story and changing your camera’s framing in order to make the scene look aesthetically pleasing.

Among the most important cinematic videography tips and compositional rules is the Rule of Thirds, where you place your subject’s head a little higher (not at the center) of the frame and give them visual breathing or walking space when facing the sides. Another is to remain on the same side of two people talking when taking over-the-shoulder shots, as well as having a foreground and a background to create depth within a scene.

Imagine that there’s a 3-by-3 grid laid over the field you’re filming. Instead of placing your subject right in the middle of the shot, you should place your subject along one of the lines of the grid. The points where the lines intersect are particularly strong areas of focus, so situate important elements of the video there, if you can.

You don’t have to follow the rule of thirds all the time, but while you’re still learning, it’s a good idea to adhere to it as often as possible. As you gain experience, you’ll get a better instinct for when to stick with the rule and when to break it.

Here are some examples of the Rule of Thirds in action.

Use Manual Focus/LOCK Your Focus

While the autofocus feature on your camera can be very handy, it can ruin your recording when it goes in and out of focus while trying to locate your subject in dimly lit scenes. The key is to use the exposure/focus lock on your smartphone or switch to manual focus on your standalone camera, so you can use your own eyes and set the focus yourself.

Setting the focus also allows you to add cool effects to your video, such as with the use of the rack focus technique where you can focus on different objects successively (with the help of a shallow depth of field blurring everything else out) to direct your viewer’s attention. When used properly, it can be a very powerful tool for storytelling.

If you’re using more than one camera to record the same scene, it’s possible for the cameras to have different default color temperatures. Can you imagine how distracting it would be to see alternating bluish and warm yellow clips? Set the white balance on all cameras before recording to produce more consistent, professional-looking clips. This will help speed up the editing process and reduce post-production costs in the future.

Shoot from a Variety of Angles (optional)

Cutting from one angle to another is a good (and simple) way to add visual interest to your professional videos. This is an especially useful technique if you have more than one camera available and want to put extra effort in. Make sure a 2nd angle is at least 45° different than your main angle.

Your audio quality is actually more important than your professional video quality. Most people are willing to watch a video that’s not shot in HD or that’s even a little grainy, as long as everything else about it is good. But fuzzy, indistinct audio is usually enough to make anybody stop watching.

Because audio matters so much, a good microphone is the first piece of equipment you should invest in. Get the best one you can afford. For $100 to $200, you can get a microphone that performs well and will last a long time. There are also some decent options under $100 if you’re on a tight budget.

Capture clear audio by putting your microphone as close to the subject as possible. You might want to use a pop filter to eliminate blips and crackles on the finished recording. Be aware of any background noise that your microphone might be picking up, too.

It’s easy to tune out things like traffic, birds, and even the noise of the wind, but all of these sounds will be very obvious on your recording.

The way you carry yourself on camera has an enormous impact on how professional your content looks. Appearing nervous, fidgety, or uncomfortable on camera will distract viewers from the performance.

Here are a few of the main things to focus on when you film yourself.

Smile. Look directly into the lens when addressing the audience. Speak to the person you imagine is watching the video, look through the camera as if it wasn’t there. You can cover the camera display from view if it is distracting you. Let minor flaws go, perfectionism may keep you from finishing.  Use the energy you would be using with a single person; be energetic, but since you’re not having to project to the back of the concert hall, you can focus your energy on intensity and have it be interpersonal.

Make an effort to enunciate clearly. Speak slower than normal and support yourself from the diaphragm. If possible, speak on a topic you are passionate about, that you care one way or the other about. This will make it easier to be natural.

If you stumble or mis-speak during your taping, just pause for the count of one Mississippi, and start that line over again. I will edit the take. So long as you’ve said all the important information once, we will have it.

This should be a no brainer, but shoot and deliver the highest quality possible.

Always leave 3-5 seconds of recording before and after your footage. This is for both video and the audio. This will be beneficial once we hit the editing stage. Yes, this means hold that pose or smile at the beginning and end of the video.

If you’re using a smartphone, keep these simple things in mind:

Please use a separate sound recorder for audio if you have one. We can easily sync the sound and picture. MAKE SURE THE CAMERA SOUND IS ALSO INCLUDED, that’s how we sync the audio to picture.

Position your microphone about 6’ away. I don’t think it matters if the camera can see your mic or not. Set your levels so the average mezzoforte is -18dbFS. Your loudest peaks should be -6dB. Listen to your recording and make sure you like how it sounds. If you have a very nice sounding space, then feel free to position the mic further from your instrument to capture a mixture of direct and reflected sound. Most of us don’t have great sounding rooms, so if that is the case, having the mic closer to your instrument may be better, so long as the instrument doesn’t sound unnatural.

Another thing to check for is distracting noises. These could be hiss from the recorder/microphone (if set too low), distortion (if set too loud), air conditioning, traffic, or other loud sounds outdoors. It is easier to ignore consistent sounds like a low hum than an abrupt sound like a plate crashing in the other room.

If you are using studio microphones, here are some nice demonstrations. Some of these are more geared toward a studio sound, but that might come in handy if your room isn’t great sounding. I will probably use a reverb to put the instrument in a reverberant space in any case. Do not feel you need to follow any of these. Use your ears and judgement.

Transfer all video from your camera and sound recorder to your computer and place it in folders (A Camera, B Camera, Sound). Do the same with your audio files. Bounce/export and place them in the same project folder. Upload that to Google Drive and send to me at tonehauser@gmail.com.

Hi, I’m Thomas. I love classical music and am obsessed with creating impossibly good sounding audio. I also produce compelling stories using cinematic video. I want to take your message and put it into the world, and I have an awesome team so let’s get started. 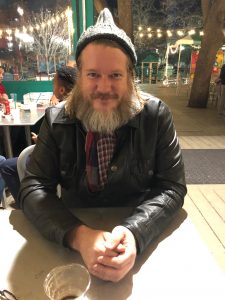